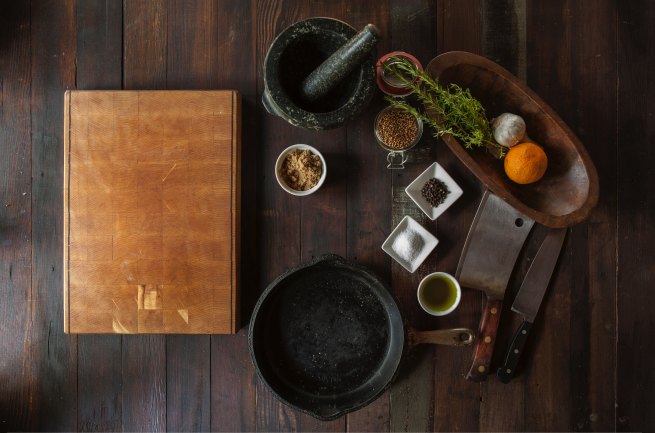 Radha paced in front of the closed kitchen doors. She passed them and sniffed, she could make out the faint aroma of the dish wafting from the kitchen. Her mouth began to water and a smile played on her lips as she reminisced about the dish. She had set up the lunch table already. Everyone in the house was waiting eagerly for the meal. Radha was jumping up and down with anticipation. The kitchen doors were closed since the morning coffee. Any moment now her mother in law would open the kitchen doors and she would walk out holding her world-famous Bisi Bele Bhath. Radha swallowed as her mouth watered more. This year, somehow she would convince her mother in law to give her the recipe.

At long last, the doors opened, and her mother in law walked out, sweat gently dropping from her brow, her fingers stained with spices, a gentle smile playing on her radiant face. She looked like the goddess Annapurna herself come to serve her devotees. She was closely followed by Amba her faithful maid, who carried the large vessel filled with the aromatic Bisi Bele Bhath. Radha eagerly took in the aroma of the dish and almost joined get hands in prayer.

The table was laid and everyone was served. There was silence while everyone ate the dish. “Shanti, you have outdone yourself again. I am convinced when I die I will be sent to your kitchen, cause the door to heaven must be through there…” her father in law said licking his lips.

“Amma. Best. Dish. Ever.” her husband said licking every one of his fingers.

Her mother in law blushed and brushed their compliments aside. Radha was always surprised by her humility. Everyone knew she made the best Bisi Bele Bhath and yet she was always so humble about it. The rest of the meal was spent in silence as everyone licked their plates clean.

When they were cleaning away the dishes Radha finally mustered the courage to ask, “Amma, will you please teach me the recipe for the Bisi Bele Bhath?”

Her mother in law’s face changed, her smile dropped and her eyes hardened. She dropped the plate she had picked from the table, “No!” She said and walked back into the kitchen.

Radha hung her head. She had never seen her mother in law act this way! Why would she not tell her the recipe?

Radha spent the rest of the day sulking around the house and eating the wonderful dish wondering why she could not get the recipe.

The next day at breakfast she mustered her courage again, “Amma, please teach me your famous recipe…” she said.

Her mother in law looked at her, a half smile played on her lips but her eyes hardened again, “No…” she said.

“But why not?” Radha chewed her lip.

“Is it because I am not a South Indian like you?” Radha glared at her mother in law.

Her mother in law stiffened her back, “It is nothing like that. This is an ancient recipe that has been passed down in our family for generations. Handed down from mother in law to daughter in law. Do you think my mother in law just handed me the recipe? You have to be worthy of it. Only a master cook can handle the recipe.” She adjusted her saree.

Radha knew she was far from being a master cook, but she was also far from giving up, “I will make myself worthy of it!” She said as tied a knot in the pallu of her chudidar, “how will I know when I will be worthy?”

Her mother in law looked at her, “I will know, child, I will know.”

Radha was not one to back away from a challenge. Especially if it involved an ancient recipe that had to be earned. She took up residence in the kitchen. She began to clean and arrange the kitchen. She began to chop and dice the vegetables, boil the milk and set the curds. Nothing moved in and out of the kitchen without going through her hands. She even befriended Amba, her mother in law’s maid and assistant. That alone should have gotten her the recipe.

Radha stayed up late into the night, reading up about south Indian cooking, watching documentaries about the origins of Sambar and the variations of the coconut chutney. Her first real breakthrough came when she perfected her mother in law’s sambar recipe.

One morning, a few weeks into the challenge Radha watched her mother in law taste her sambar and smack her lips. She knew she had perfected the recipe. She looked at her mother in law expectantly. “I have to agree…” her voice seemed to catch in her throat, “that sambar is better than mine…”

Radha smiled. “And yet…No!” Her mother in law said and walked out of the kitchen. Radha almost threw a ladle at her retreating head. This was unfair, but there was nothing she could do about it. She vowed to perfect her payasam recipe.

A few months later for the Ganesha festival, both Radha and her mother in law cooked the payasam.

They laid their dishes in front of the household for a blind tasting test. Her mother in law twisted the pallu of her saree, a sure sign that she was nervous Radha thought before she stopped chewing her own nails. The payasams were tasted and Radha’s dish won hands down. Radha jumped with joy. Her mother in law clapped and congratulated her, but then mouthed a single, “No” and walked away. Radha was furious, she finished all of the payasam in her anger. But her mother in law would not budge. Radha knew she needed to do something spectacular.

The next day Radha went to the temple and threw herself at the temple priests feet. She did not get up until he agreed to let her cook the pongal for the upcoming temple festival. The pongal at the temple festival was the pinnacle of culinary arts in their town. If she could perfect that dish, her mother in law would have to give her the recipe.

The priest proved to be a hard master. Radha had to wake up at 4 am in the morning. She had to take a bath at the temple and had to cook while wearing a wet saree. But she was willing to do anything to be worthy. She washed the temple kitchen every day. She cut vegetables until she could slice them in her dreams. She mixed the different spices until she could smell someone’s sweat and tell what they had eaten the previous day. Even the priest was impressed with her dedication. He agreed to allow her to cook the pongal for the festival. The day of the festival arrived, but Radha was no longer nervous, she was one with the spices. The pongal served that day quickly achieved legendary status. People came from other towns to taste her pongal. They cried tears of joy as salvation slid down their tongues.

Radha did half a jig, but collected herself and smiled with dignity.

The next morning, Radha was up before sunrise. She went to the kitchen, but she found the door was closed and guarded by Amba. Amba asked her to wait. Radha waited…and waited. Finally, there was a knock on the door. Amba looked around the house to make sure no one was around, then let Radha inside.

Radha stepped into the kitchen. The low orange light of the rising sun seeped in through the window. It illuminated her mother in law sitting on a chair. She glowed like a stone goddess. “Daughter, you have proven yourself worthy of the recipe. Do you promise to guard the recipe with your life?”

“I promise…” Radha said in a hushed voice.

“Do you promise to reveal it only to someone who proves herself worthy of it?”

Her mother in law nodded. She walked to the kitchen counter, where sat the recipe under an upturned utensil.

Her mother in law looked at her and lifted the utensil. There in all its prepackaged glory sat a packet of pre-cooked meal for Bisi Bele Bhath.

Radha stared at her mother in law. Her mother in law bit a lip and blushed. But she regained her composure and shrugged, “I…lost the recipe my mother in law gave me. I tried to cook it a few times. Until I resorted to this and everyone loved it and well…as they say the rest is history.”

“So all these years….” Radha said.

“But what do you do in the kitchen for so long…?”

“I just lounge around. Amba helps me buy the packets and she helps me dispose of the packets.”

“But everyone thinks you make it…you are always praised for it…” Radha’s mouth was open.

“Well, people need to believe you are a master at something. It gives you a certain aura. It makes them cautious of you. It has…well several uses…”

“And all this while I thought you were a master of cooking. I was wrong…” Radha said. “I was so wrong. You are so much more. Teach me master…” she said as she fell to her knees.

Her mother in law smiled as she raised her hand in a blessing.

Photo by Todd Quackenbush on Unsplash