The Sun shone… again! Banging those jaundiced rays of light upon my closed eyes. I groaned and twisted, my back craned, perhaps a joint popped, but that wasn’t new now, was it?

With my eyes still closed, I made kissy noises for my cats Cleopatra and Nefertiti, to come over and give me some of those hugs and kisses.

Just then I heard Cleo’s low purr sounding like a train huffing somewhere in the distance; somewhere far enough to be close to the bedroom window. It was that damned owl again, I realized, come to deliver my tenth Hogwarts invitation.

“Go away!” my voice took on a high-pitched shrill. “I told you already, I’m not joining any of those floozy wizarding classes.”

My words sounded like whiny gurgles. I opened my eyes, my hands fumbling for my dentures. When I did find them, I could feel the fur of my cats stuck on the sides of the dentures. I rubbed it against the bed sheet, which was a mistake because it added a few more strands of the ginger hair. I grunted and popped it in, moving my jaw up and down, side by side adjusting it to fit into my small mouth. I gargled the fur out with water. 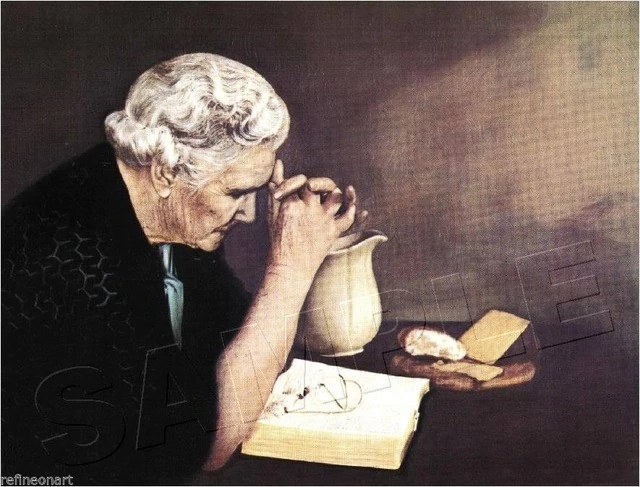 I screamed at the owl again, “Like I said, I am not interested. Don’t you have some twelve year olds to recruit?”

The owl cooed and flew inside my bedroom, driving Cleo and Nefi into a frenzy of screaming and jumping.

My hands then fumbled for my spectacles and when I did find them, I felt Nefi’s regurgitated hairballs. I shrugged and wiped the vomit off the bed sheet.

When I put on my glasses, I saw that there was someone else in the room apart from that wretched owl.

“Mrs. Morpe”, said a tall man whose beard hung like untrimmed hair from a vagina. He bowed in pretend flourish, “Dumbledore, headmaster of Hogwarts, at your service.”

I felt like I should bow for this excessively hairy man, but then my hips weren’t what they used to be, so I settled into a barely perceptible nod.

“I have come to take you to Hogwarts. Your classes start today. Our defense against dark arts teacher does not tolerate late comers, even in the geriatrics section.”

I sighed and considered shooting him point blank on his face. At 85, prison was the last of my worries. But then I remembered that the revolver lay in the bottom most drawer of the sideboard in the living room. The walk and the bending weren’t worth the trouble. I apprised the man, he was young, perhaps half my age, and he was dressed like a gentleman. Maybe I could reason with him. I thought. Unless he was completely daft, he would see my point.

“Look Dumbore” I said, “I have told that wretched, screeching owl every single day for the past ten days, and I’m telling you now. I. am. not. interested. What kind of male privilege is this? When you can’t even take a no from a woman as old as your mother, Dumbore?”

“Ma’am, it’s Dumbledore.” he said sighing. Irritation brought creases of focus on his smooth forehead and he put effort in the words he spoke next. “We need you!”

“Get on with it, boy. I don’t have time for your dillydallying.”

“You”, he sighed again. “You are the chosen one.” he said, his voice low, deep and meaningful.

I almost barfed last night’s broth, my head swam and I needed to sit down. Chosen by Hogwarts, right when I was about to hang both my legs into the grave and pop into it with a well timed heart attack.

Perhaps he noticed my discomfort, because he said, “It would be better if we moved out of the boudoir.” I groaned at his usage of Boudoir. This wasn’t the 1920s, anymore.

“Young man!” I said. “I’m eighty five years old, the last time a man was in my boudoir, he was painting these walls. So, my boudoir is not the problem, the problem is why the hell would you choose a geriatric as the chosen one?”

“I don’t know; ‘they’ just call themselves they”. He said, clearly uncomfortable.

“’They’ sound like they need to be bent over and spanked with a thin stick, until they shout out their names loud enough for the neighborhood to hear.” I spat.

“Mrs. Morpe,” Dumbledore’s mouth was wide open and his eyes alight, “How could you use such unseemly language? ‘They’ told me you were a sweet old woman, filled to the brim with kindness.”

“Clearly, Dumboaf” I said. “’They’ don’t know everything.”

“It’s Dumbledore. Please Ma’am we need you. You will have all the comforts in Hogwarts and even your cats will be looked after.” He almost begged.

I reached for my cane and hobbled into the living room. I called out to Cleo and Nefi. They gave up on the owl, and came slithering down the bedroom. I poured milk into their bowls and asked Dumbledore.

“What have I been chosen for?”

“Well… umm.” he hesitated. “Why don’t you come to Hogwarts and we can explain it to you?”

“naaahaaa… no.” I took a step back. “Because if ‘they’ expect the chosen one to trapeze like those circus performers and whip up a time travel spell in a snap, that is not going to happen. So, Dumbone, you better tell me what this is all about?”

Dumbledore cleared his throat, “My name is Dumbledore, Ma’am. And they have chosen you to discipline a student in Hogwarts.”

“What? Don’t you have teachers to do that?” I asked.

“Well we do. And he seems pretty disciplined even now, but they said he’ll turn out to be a very powerful and evil wizard, and he will destroy Hogwarts. That’s why we need you to imbue some good morals into the fella.” he said

He saw my mouth open in protest and quickly continued, “Ma’am if you don’t help now, the next chosen one will arrive 40 years later and by then he would’ve killed many innocent men and women.”

“What kind of people are these “they”? Who the hell has two chosen ones to take care of  the same Villain?” I tried to stomp my foot, but my right knee protested in arthritic pain, when I asked, “Why me?”

“Mrs. Morpe your reputation at the British soldier camps exceeds you. There are still stories about you turning the Nazi war prisoners into good men.” he said.

“Oh my!” I said; my cheeks coloring at the memory of those days on the camps. This could be a problem, I thought.

“Look Dumbore Dumboaf Dumb whatever your name is!” I said, “I did not discipline them they way you think I did. I did not spend hours reading verses out of the Bible or tell them moral stories. In fact, I showed no kindness to them, until they bent their heads to my feet and literally begged for it…for days.”

“Huh”, he said, his mouth hung like a spastic cow.

“No Ma’am.” my suspicions confirmed. He was as daft as a swine in heat.

“How could you teach them kindness without showing them any?” he continued.

I straightened my spine and held my cane tighter.

“Come boy”, I spoke loudly this time. “Open the closet in my bedroom, there hanging in the right corner would be a black leather body suit, along with thigh high boots. Bring that, and on the way grab the horsewhip hanging by the bed poster. I will show you how I turned those Nazis into good men, without showing any kindness.”

I turned around, my head high, fervently hoping that the bodysuit still fit me, while Dumbledore stared at me confounded, his face as dumb as his name.

One thought on “The Chosen One”