“It is all about reiteration, recognizance and following up relentlessly to ensure that your work gets done. You feel me people, do you feel what I am saying here?” Dick looks around, his voice rising in decimals, his back straight and blood shot eyes wide enough to cover Rita’s generous boobs.

We all nod our unenthusiastic ‘hmms’ and scroll down the screen to the next point in the agenda.

“It is like my son, you know.” He continues. Rita, almost groans out loud but then saves her ass by pretending to cough. “Every single morning I lift my son’s sorry butt and plant it on that atrocious fluorescent green and yellow, plastic potty. I sit there with him for five, ten, even fifteen minutes, squatting just like he does and grunting loud and clear to make him poop in that potty. And when he does, only then does he get rewarded by his favorite fruit loops.”

A strong whiff of chicken steak, tiramisu and the smell of someone’s butt crack invades my nose and almost makes me throw up in my mouth. I realize that Dan, who is sitting next to me, has let out a silent, yet smelly fart.

I pick up a glass of water and cover my mouth and nose with it, while giving Dan the evil eye. He shrugs and whispers, “What?”

Ah, I think, the fucker ate before the meeting. This goddamned meeting was supposed to be only for half an hour, and already we are at the ninety-minute mark with sixty minutes of the single dad’s potty training anecdotes. 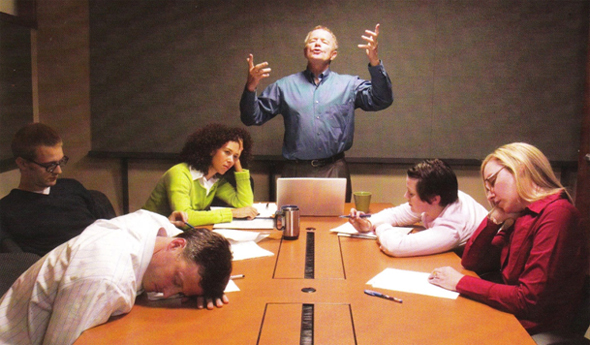 “You feel me people? Do you?” Dick increases his voice by a couple of more decimals.

“Yes…yes.” We speak in unison and Ana burps loud enough to make sleepy Todd jump on his seat.

“I am sorry, it is acid reflux.” Ana apologizes. “Been too long since I ate, you know.” She said.

Ah, I could kiss Ana. She said it; she said what we were all thinking. All heads turn to Dick. At least now he will realize and give this snail paced meeting a break.

“True, very true, Ana.” He says. “I have observed with my son as well, that whenever he eats in long gaps, he suffers from terrible constipation the next day and oh, don’t even get me started on the stomach pains.”

What the fuck, I think as I notice Ana’s face fall, Todd’s eyes close again and another smellier fart from Dan.

Our daft boss continues his rant while staring down Rita’s cleavage and a wave of acid assaults my esophagus. I burp a little and take another sip of water. I wonder if I could excuse myself and run outside to grab a quick bite, but I know my teammates would probably break into my home at night and kill me in my sleep.

“Co-relate eating on time with our tasks. Can you? Can anyone give me an example?” He asks.

He looks around as all of us scramble to look elsewhere, anywhere but him.

His eyes roam over us for a moment and zero in on Todd, who is sitting with his eyes close and mouth open.

“Todd? Todd?” he repeats twice as Ana nudges him with her elbow. Todd wakes up screaming “Potty…potty.”

“Can you give me an example that co-relates eating on time with the tasks we perform at work?” Dick repeats his questions.

I am holding the edge of the table in a death grip, Todd’s answer would either make me split in uncontrollable giggles or make us all want to hide under the table in embarrassment.

“Well like this meeting, Dick.” Todd says as his wipes the drool off his mouth with a tissue.

“What about the meeting, Todd?” Dick’s voice has lowered now and his eyes narrow into slits.

“… umm nothing actually. I mean sometimes we can kind of forego eating on time, because… I mean because meetings like this are important.” Todd almost whispers.

“And even though I am not yet married, I am gaining a lot of insight into parenting, especially potty training.”

“Good.” Dick smiles and turns to Dan and me. “Anything else?”

Dan looks at me, I turn my face the other side, he takes the hint and jumps in, “I agree… I mean completely agree. In spite of my evident homosexuality, who knows when I might have to potty train some… some stranger’s child.”

“I understand, Dan.” Dick smiles. “Homosexuality is curse for those who love parenting.”

I believe we have already established, that Dick is a dick.

“Potty training is a skill, people; one that needs a tremendously disciplined approach. You find saying a ‘No’ difficult to these grown ass, ugly looking colleagues? Imagine having to say ‘No’ to a cute, chubby toddler with drool dripping down their mouth.”

We nod out of practice.

“If you,” Dick continues “can master the art of disciplining and saying ‘No’ to a toddler, you, my friends have arrived? You have true leadership potential.”

There are a few more unenthusiastic ‘hmms’ and ‘yesses’. I look at my watch; we were two and a half hours into a half an hour meeting.

And now even my stomach is grumbling, I clench my gut and sit still to ensure the thundering in my tummy goes unnoticed by my colleagues, especially my boss.

My phone pings, I lower it under the desk as Dick rants on about the how the quality team in our department can learn from him. It is all in the way he measures the health of his toddler son by examining his poop every day.

“You see, folks. You need to get your hands dirty here.” He concludes.

I unlock my phone to see that Rita has created a group, with just us, Dan, Todd, Ana and I, minus Dick.

The title of the group says – Should we eat him instead?

I quickly send five ‘rolling with laughter’ emojis and lock my phone. Almost instantly there’s another vibration. With nothing better to do than listen to my boss rant about handling loosies in toddlers, I unlock the phone again. Todd has written, “But how? I am famished, btw.”

Just then Ana responds, “I have a knife in my bag, to slice mangoes. But it should work on Dick as well.”

I still respond with the same laughing emoji, when Dan writes, “Hell yes… slash the fucker.”

What the fuck? I think and type, “Are you guys serious?”

Rita responds, “Of course, Dick, the prick, calls us over a weekend and then doesn’t let us eat lunch. What else can we do, but eat him?”

I smile at the evident mockery and decided to partake in the charade.

“I’d like to eat his ample belly.” Todd says.

“His thighs for me, please.” Dan writes.

“I would definitely scoop his eyes out with a ladle, dip them in melted chocolate and make loud crunching noises as I chew on them.” Rita writes, obviously frustrated by his blatant staring.

“It would be his fingers for me, fry them up and crunch on those bones.” Ana types.

“I call dibs on his fat arms.” I type and smile.

One thought on “Shall we eat Dick, instead?”