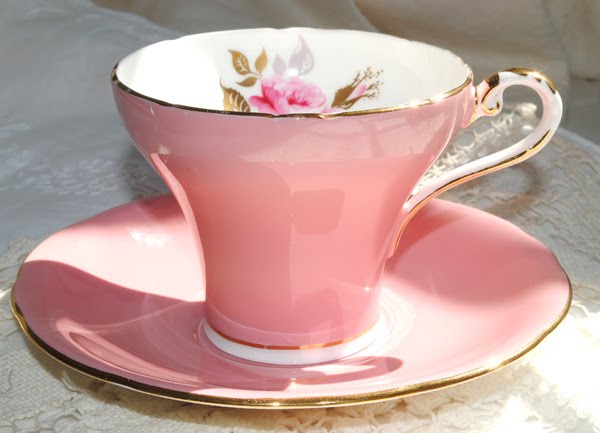 “He’s improving,” Ms Chatterjee said, glancing away towards Ketan who sat in the last row beside a kid intently picking his nose. Kalyani looked around at the other kids; with their shirts neatly tucked in, hair neatly parted and shoelaces neatly tied, all beaming and earnest, they were all too delighted to be in their own skin.

“Has he improved at arithmetic?”

Ms Chatterjee pursed her lips and shook her head. Kalyani could tell that she was fond of him – a pitiful assumed fondness of a mother for the runt of the litter. She felt uneasy at this thought. “I should get going,” she said.

In the car, Ketan asked her what she’d been talking with the teacher. “She loves your drawings, Kittu!”

“I know why she says that, she doesn’t really mean it.”

“Why would you say that?” she asked, although she already knew. Last night, after his late night meetings, before going to bed, Mukesh had broached the subject. He always had that accusatory tone in his voice when he talked about Ketan, with the slightest suggestion that he wasn’t their responsibility but hers. It seemed vital somehow for him to get it out of the way before he could sleep with her for the night. She mentioned how the teacher appreciated his drawing when Mukesh took off his glasses and said, “Don’t you fall for that! What does she think of him? A differently abled child?” He scrunched his face, “Doesn’t get numbers right but scribbles like a genius? I don’t buy that – at his age, he doesn’t need to be praised for something he’s not good at – he needs to be taught discipline, hard work, the importance of competence – those scribbles are not going to get him anywhere!” Ketan walked in a moment after, his face sombre and drooping, and climbed into the bed beside her. She waited until he began snoring and then Mukesh lifted him off her laps and carried him over to his room. Sometimes, Kalyani wondered whether he feigned sleep to have his dad carry him back to his bedroom. He had come to resemble her more than she cared to admit.

“He just left a message, I’m in town, what does that mean? Does he expect me to come over?” Mukesh said as he walked in. His younger cousin, Mridul, had moved to Bangalore from Delhi.

“For most people, yes” she whispered.

“When I fly to Delhi for business do I text mausi that I’m in town, when I fly to Mumbai do I call Harish? Do I text Mithila? And when I fly to Boston, do I call up Nanaji? No! Because it’s not civic to casually expect availability. I know appointments sound formal – but you know what? They work. If he could drop me an invitation, I could propose a time for him to meet me – but if I do that, the world is going to point fingers at me – call me out as the bad guy but…”, his voice softened as he moved towards her, as if on cue, and said, “I need to be this person for you, for Aayan, for our family.” He grabbed a handful of her hair and kissed the back of her neck. She knew that her availability and consent would always be taken for granted. Resistance felt futile.

She had once been hailed as an artist too, in the small circle of her friends, briefly, when she was young, in her early twenties, in Mumbai, when she was a student a year too long, too short to be beautiful, too edgy with herself to be granted the freedom of being whoever she wanted to be. They had to tell her that she was an artist and he had to tell her that she wasn’t. Mukesh had long hair then and he smoked pot. He frequented the parties for a couple of months until he found her and told her that he was in love with her, that he wanted to get married, have a child, a family – she was taken in by his confidence and easy charm. He sounded like someone who had a future in mind.

Soon, it became evident to her that the love, the marriage, the child had all been part of a choreographed performance staged by a man who wanted it all for himself. She glanced at Kittu with canopies of trees flying over his eyes.

Mridul reminded her of Mukesh during her time in Mumbai in the late nineties. An ill-fitted t-shirt. Khaki shorts. A month-old beard. Curly hair tied in a ponytail. Either a younger man who could pass for an older man or an older man who could pass for a younger man – she couldn’t tell. Mridul paced around the apartment in easy, lazy strides as he spoke warmly of his time in Delhi. Kittu walked around the house too, looking at the paintings strewn around – incomplete silhouettes of buildings and landscapes. Mridul explained that he wasn’t really a painter but an architect by profession but that he was more of a painter at heart to which Kalyani quietly quipped that Mukesh, now a humourless Director of Technology at a European bank, once claimed to have been a poet at heart, to which Mridul laughed – first, it seemed, to fill silence but then wistfully – as if she had read out a prophesy.

Mridul offered her coffee but called her inside into the kitchenette that doubled as a storeroom for unfinished paintings. He flourished two tea cups, poured steaming milk in one, and then with a wink, opened a bottle of vodka and poured it into the other cup and offering it her unsmilingly, he said, “This is for you.”

He disappeared out of the room with the tea cup in his hand and she walked over to the doorway behind him. Mridul sat on the sofa with Ketan on his lap, blowing over the surface of the milk in the tea-cup. She sipped the vodka and Mridul raised his eyes to look at her.

Outside, the air was warm and sun fell handsomely on the hanging flower pots. She stood beside Mridul overlooking a quiet nook of the city. They talked about Ketan – she mentioned his drawings. Mridul stroked his hair and nodded. She couldn’t tell whether it was alcohol that kept a smile flickering on her face. She brushed hair off her cheeks – she felt a sweet awareness of being watched with wonderment. She asked him about his career – questions she normally wouldn’t have asked. When did he plan to settle down? What kind of assignments did he work on? Who were his clients? He shied away but sprinkled his answers with cool but incoherent laughter. How is Mukesh, he asked, why couldn’t he come over?

After what seemed like an hour, she decided to get going. She was down the stairs with Ketan who seemed despondent to be leaving so early when Mridul stopped her. “Will you guys come to Coonoor with me this weekend?” Apparently, he had been working on a hillside resort there and been invited for a convention. He was smiling and then he said, “Please, please” and then he touched Ketan’s chin and asked, “Please?” It was easy for her to decline although he persisted, trying to lure Ketan with tales of rolling mists that swallow daylight and legendary chocolate factories.

In the car back home, she felt deeply and unreasonably unanchored. She would be with Mukesh the day after, at his workplace, attending a bring-your-family-to-work day. During high-tea, with few of his close colleagues, he’d repeat the story of how they’d met at a party one evening for the hundredth time – of how he’d proposed when she’d least expected it. She’d nod and smile and look lovingly at him – at how that had been the only glowing surprise in her life.

In the evening, she dropped Ketan at his friend’s birthday party. The warm day was drawing to a close. She paced outside their house in the evening chill until she caught sight of a neighbour looking oddly at her. She got into her car. She had time until six. She drove to Rajajinagar and waited outside Mridul’s apartment. Her fingers shivered over the steering wheel. She slammed the door shut and walked out fiercely, up the stairs, and knocked on his open door. Mridul walked outside with a brush tucked behind his left ear and a drop of yellow paint caught in the tangle of his beard, holding a tea-cup.