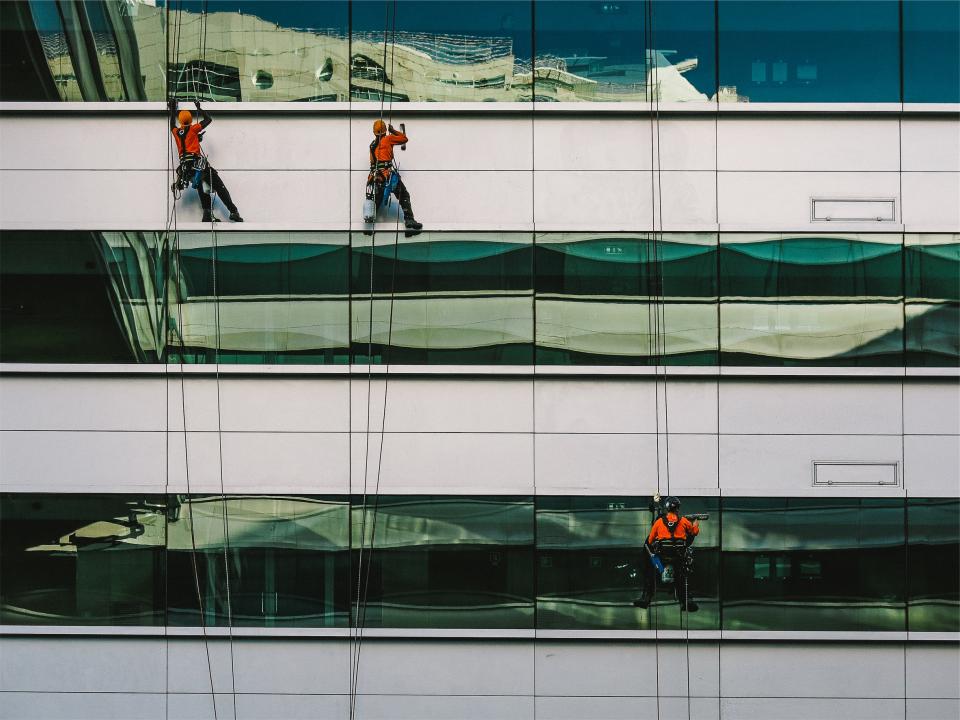 Kamala stood by a window with her hand resting on the rounded ridge of an oddly shaped green chair. Behind a bulbous pillar, she heard sighs, giggles, thumps, and the perennial tic-toc of TT. Ashok walked over to the chair in front of her and examined the curtains like a crow. He pointed at a curtain that wasn’t lowered halfway as instructed and offered her his signature look of disappointment. She had been instructed to lower the curtains halfway down lest the setting sun fill the room with unbearable brightness and warmth. The curtains were an immaculate white, paper-like and opaque. They had to be operated by a slender beaded rope. All it took was a gentle downward nudge and then a few steps over to the next curtain.

She walked slowly, stealing glances at the television in front of which two boys, or men, she couldn’t tell the two apart anymore, sat on fat cushions with something in their hands. Not only was the television much bigger and thinner than the clunky box back home, it was a game – one where you not only watched a game but played one. A game of football. It wasn’t the kind of football her son Yogi played with adeflated soiled wreckage of a ball by the abandoned garage. The little men on the television screen played it on a lush field with beautiful bands of green.

She hadn’t seen greens like those in any garden. Certainly not in her garden, if she could call it that. She had planted a hibiscus in her backyard and a tulsi in an empty Fanta bottle. Her husband, on Yogi’s first birthday, had bought it from Nagappa’s store. Nagappa had bought a second-hand refrigerator and he was probably in a good mood that day. Anyway, the plant had decided to lean sharply towards left. Yogi said plants leaned towards sunlight, towards warmth and nourishment. That’s what they taught him at the government school down the lane. He couldn’t have been more incorrect, because the plant had leaned away from sunlight, towards a darker, moss-covered corner. They had to cut its young, slender bark that Diwali to make room for a toilet which left unused when some plumping work remained undone, as usual. The stupid plant continued its crooked leftward ascent. Yogi had said, with a twinkle in his eyes, ‘that’s where it has been tricked into thinking the light was, when it was just a sapling’.

That was the winter her husband took to drinking. It was inevitable, really. She was thankful to heavens for keeping him away from alcohol when her son was just a toddler.

The toilet became operational before the onset of summer and they could finally wipe their asses without having to carry buckets of water to the damned place. But the comforts lasted as long as a dream. On the eve of Holi, when men and women squirted colored water at each other, she walked two miles to a water pump and then two miles back home, with two buckets of water. That night, it poured. Under the shifting weight of her husband who smelt of cement and cigarette, in the unrelenting pitter-patter of the rain over their makeshift roof, she worried about her kid’s only uniform hung outside in the sun earlier that evening.

Water was hardly a problem here. There was an artificial lake few floors below her, just outside the mall, where pigeons pretended to be ducks in shallow water. Water gushed out of every sink without having to turn a tap, without having to curse at it for minutes and hours, without having to endure the cries of a thirsty child. It wasn’t just water that was abundant, there was coffee too, and milk, and tea and myriad other little sachets that you could pick from. There were stacks of paper cups above them, and stacks of cups waiting in cartons in store-room nearby, waiting to replace them, if they ever ran out of them. There was always more, and then some more.

You could drink whatever you wanted, whenever you desired and then, fling the little cups like shuttle-cocks into one of the trash-cans or leave them unattended on a tabletop for someone like her to do the honors. Of course, she couldn’t have whatever she desired, much less whenever she desired. She couldn’t sit on a chair even if she wanted to, even if they lay empty and inviting. Like the men who played like boys and the women who giggled over a table of foo’s ball (that’s what she had heard it referred to as), she had to play her part. She had to stand subservient and available, waiting for the next chore.

Although she couldn’t sit on chairs or have coffee whenever she wanted, she liked being in this mammoth structure of steel and glass. She earned enough, and if she tried, just a little more than enough. Besides, the air was cool and quiet. She had more time on her hands, and more space, to look around and soak in the world, what had become of it. She’d empty trash-cans, wipe tables, desks and floors, or lower curtains and look around, breathe, think, dream and imagine a world where Yogi would be one of them.